“The idea for this tour came to me during a cross-country bike ride from Las Vegas to Neah Bay,” said Escape Adventures Founder, Jared Fisher. “While exploring the northernmost tip of the Washington coast, I was completely floored by the lush surroundings. The Olympic Peninsula has great road biking, mixed in with a diverse array of points of interest. Before I even got off my bike, I was already calling the Escape Adventures team and setting plans in motion to create the Olympic Peninsula Road Bike Tour.”

Towering snow-capped peaks and more than 70 miles of rugged Pacific Ocean coastline, the natural wonderland of Olympic National Park spans nearly a million acres, encompasses three distinct ecosystems, and offers year-round adventure and exploration for all ages and interests. It’s such a diverse and unique place that it earned a natural UNESCO World Heritage Site and International Biosphere Reserve designations. Full Itinerary:
Day 1: Discovery Bay to Lake Crescent
Today’s ride begins our journey on the Olympic Discovery Trail. This 130-mile route travels lowlands from the Puget Sound to the Pacific Coast, bordered by the snow-capped Olympic Mountain Range to the south, and the Strait of Juan de Fuca to the north. The trail passes through Railroad Bridge Park, with its Audubon Center and wildlife exhibits. It crosses the Dungeness River flood plain on a large, restored timber railroad bridge and a new, 780-foot trestle with excellent views of the turbulent river bed. The ride hugs the coast, right past the Dungeness Spit, the world’s longest natural sand spit. Here over 250 species of bird find food, a place to rest, and protection from winds and pounding surf. Filled with restaurants, hotels, art galleries, gift shops, and bookstores, Port Angeles is a wonderful place to spend the evening after a long ride.Day 2: Port Angeles up Hurricane Ridge
The entire day will be spent in our pursuit and accomplishment of the Hurricane Ridge. A ride up Hurricane Hill on a clear day can offer a 360-degree view, north across the Straits of Juan de Fuca to Victoria, Canada or the southern view of the glacier clad Mount Olympus. Guests may see sub-alpine flowers like lupine, Indian Paintbrush and avalanche lilies. Listen for the whistle of a marmot, which are frequently seen and heard in this northwest Washington area. Whistle back to the marmot and he will whistle back to you. This challenging, athletic accomplishment is rewarded with summit views of distant glaciers, the wild Olympic Mountain range, and Mount Olympus itself.

Day 3: Spruce Railroad Trail and Strait of San Juan de Fuca
Head inland towards Lake Crescent and the popular Spruce Railroad Trail. This trail follows the grade of what was once the tracks of a logging railroad along the shores of the lake. Winding through sunlight dappled corridors of maple, Sitka spruce, hemlock and countless other types of trees, with the lake lapping nearby, there is something to delight the senses every step of the way. Beach access is possible at several points, though occasionally hikers find themselves high above the lake, peering down nearly 40 feet into its crystalline blue waters.

Day 4: Neah Bay
From Lake Crescent divert from the Olympic Discovery Trail and head towards the very Northwest tip of the continental United States. Guests will pass many areas of the coastline where one can spot nature’s most enigmatic characters – whales. One such place is Shipwreck Point – a great place to spot gray whales, and occasional passing orcas. Neah Bay has rugged cliffs, sustainably managed lush forests, and unbelievably gorgeous sunrises and sunsets.
Day 5: Neah Bay to La Push
The Olympic Discovery Trail is a 126-mile trail that follows the Old Seattle & North Coast Railroad grade. Officially, the trail runs from Port Townsend to La Push Beach, but there are many sections along this trail that are not paved or run along the side of busy highways and roads.  La Push is known for its whale-watching and natural environment. La Push is inhabited almost exclusively by the descendants of the ancient Quileute Indian tribe, which is said to have lived in this part of Washington for thousands of years. The town, local resort and fishing harbor are managed by the Quileute tribe.Day 6: Hoh Rain Forest
The Hoh Rain Forest, pronounced “Hoe”, earns its name from the ever-flowing Hoh River that carves its way from Mount Olympus towards the Pacific Coast. Mosses and ferns that blanket the surfaces add another dimension to the enchantment of the rainforest. The Hoh is one of the finest remaining examples of temperate rainforest in the United States and is one of the park’s most popular destinations. 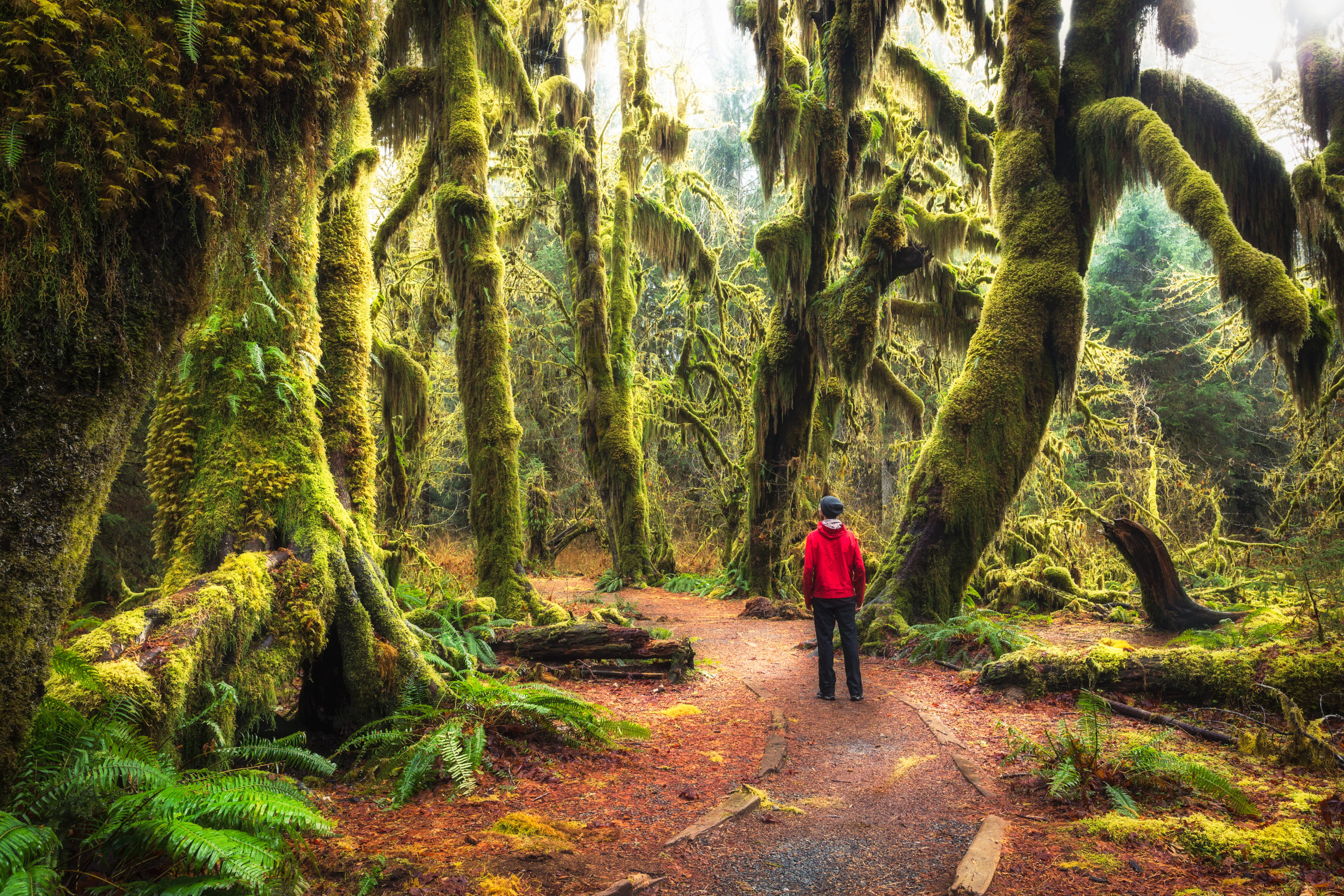 About Escape Adventures: Since 1992, Escape Adventures has been blessed to shape and lead adventure travel vacations through some of the most awe-inspiring natural destinations in the world. Building on over 100 destinations, Escape Adventures caters to the full spectrum of active traveler, respective to fitness level and activity type. From road cyclist to mountain biker to electric biker, hiker, and multi-sport enthusiast, and from first timer to friends and family groups of all ability levels, Escape Adventures looks forward to many new and exciting adventures with you. https://escapeadventures.com/