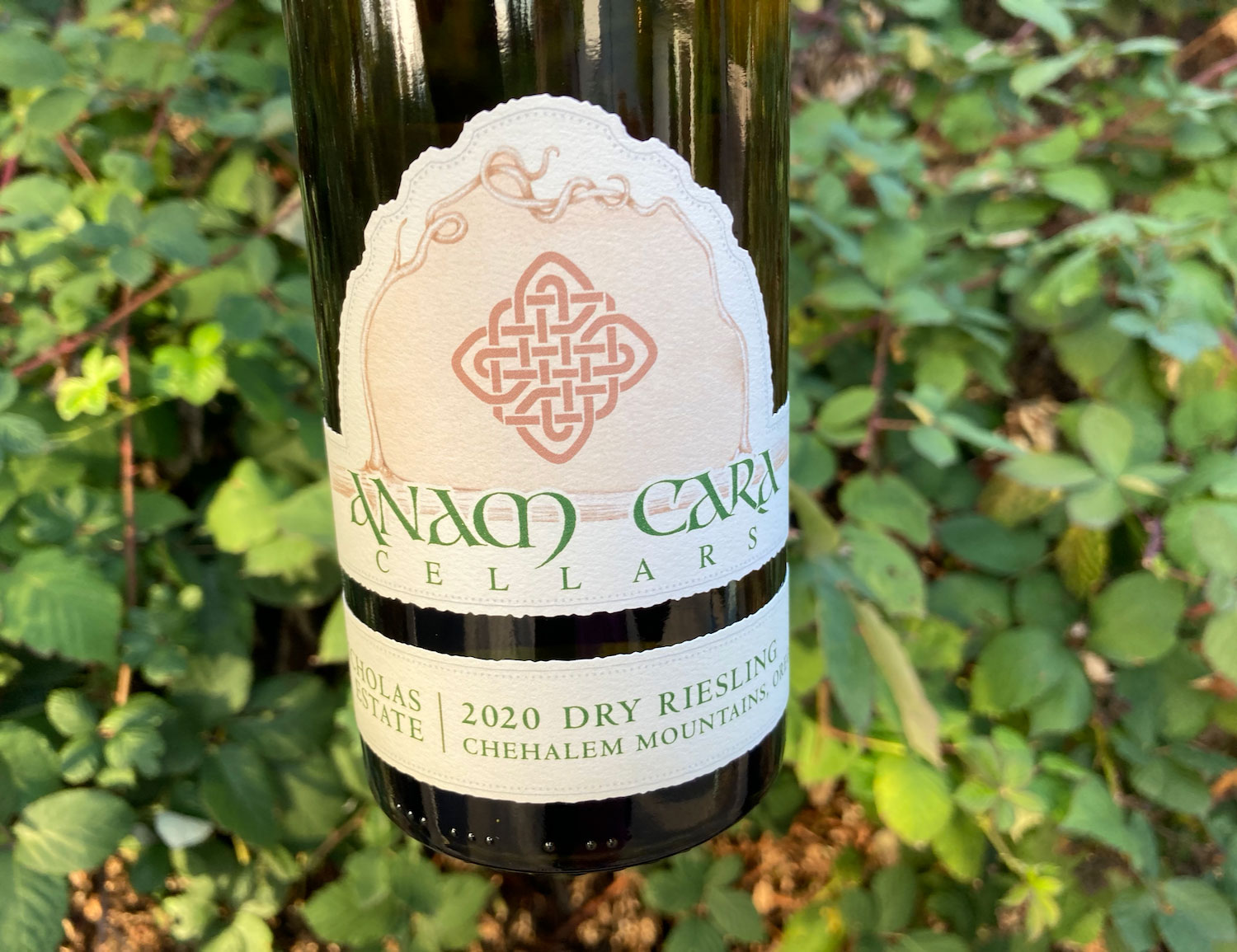 Anam Cara Cellars was started in 2001 by husband and wife Nick and Sheila Nicholas. The site was home to an orchard filled with overgrown walnut, hazelnut, and plum trees, some of which they saved while clearing the land for grapevines. The Nicholas’ began planting grapes that very same year and didn’t stop until their vineyard had expanded to 27 acres.

Besides Riesling, you will also find Gewürztraminer, Chardonnay, and several clones of Pinot noir at Nicholas Vineyard. In 2008, Sheila and Nick expanded the vineyard by planting 6 additional acres of Riesling, Chardonnay and more Pinot clones– all according to the biodynamic calendar. A few years ago, Nick and Sheila sold a portion of their vineyard but continue to buy grapes for their winery from the new owners.

Situated on south-eastern slopes perched above the town of Newberg, the grapevines send their roots deep into the old Laurelwood loess soil with ease. That soil type, combined with elevation and age, imparts a subtle earthiness that plays very well with the natural acidity in the wine.