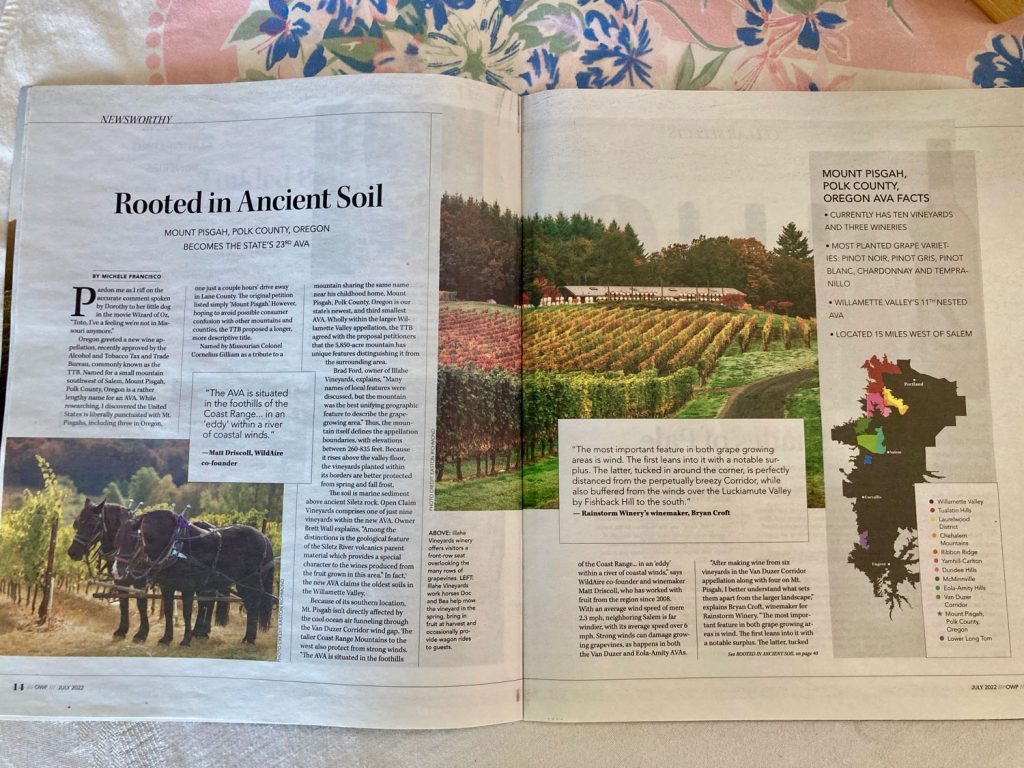 Pardon me as I riff on the accurate comment spoken by Dorothy to her little dog in the movie Wizard of Oz, “Toto, I’ve a feeling we’re not in Missouri anymore.”

Oregon greeted a new wine appellation, recently approved by the Alcohol and Tobacco Tax and Trade Bureau, commonly known as the TTB. Named for a small mountain southwest of Salem, Mount Pisgah, Polk County, Oregon is a rather lengthy name for an AVA. While researching, I discovered the United States is liberally punctuated with Mt. Pisgahs, including three in Oregon, one just a couple hours’ drive away in Lane County. The original petition listed simply ‘Mount Pisgah.’ However, hoping to avoid possible consumer confusion with other mountains and counties, the TTB proposed a longer, more descriptive title.

Named by Missourian Colonel Cornelius Gilliam as a tribute to a mountain sharing the same name near his childhood home, Mount Pisgah, Polk County, Oregon is our state’s newest, and third smallest AVA. Wholly within the larger Willamette Valley appellation, the TTB agreed with the proposal petitioners that the 5,850-acre mountain has unique features distinguishing it from the surrounding area.