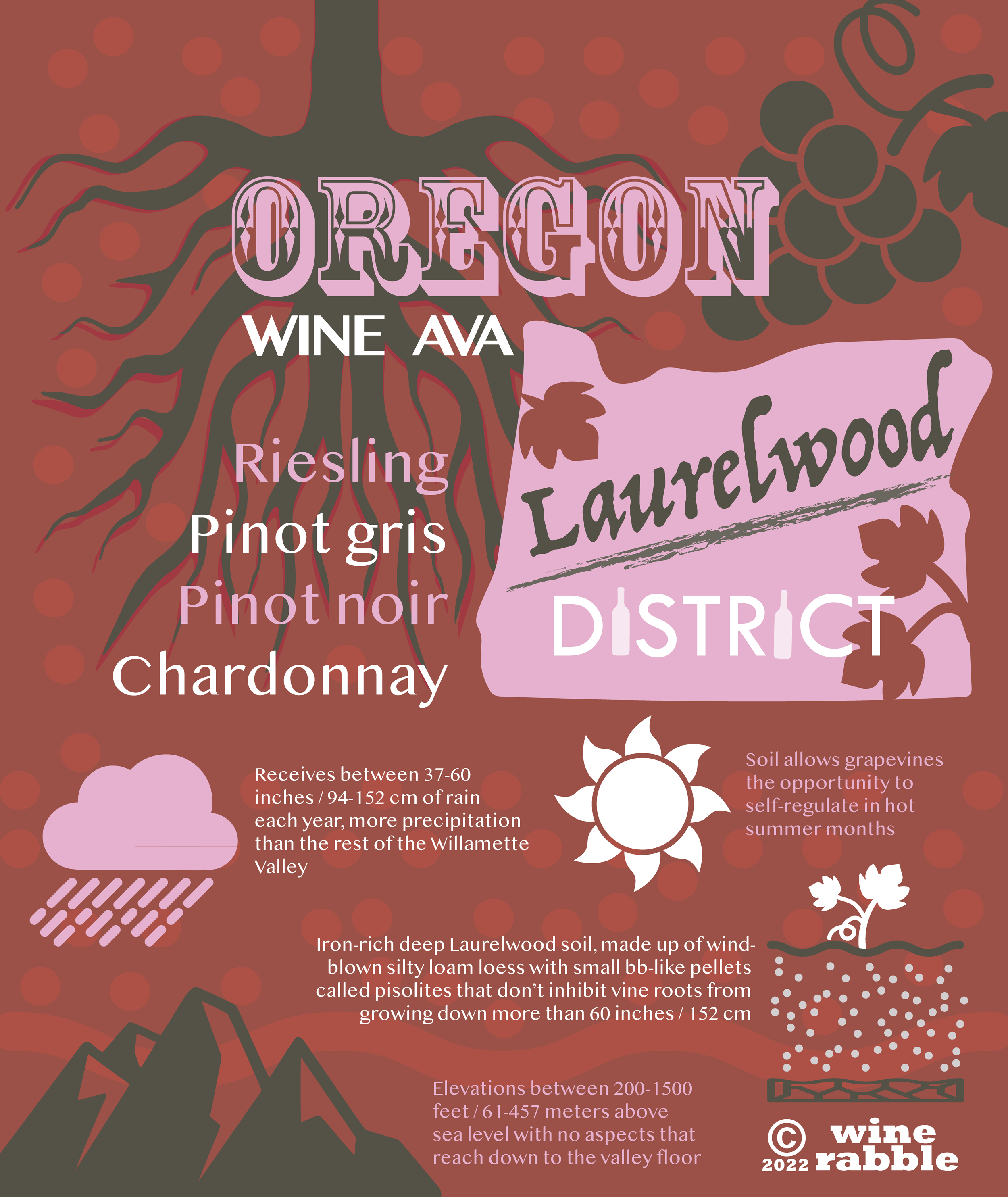 Oregon’s Laurelwood District AVA is all about the dirt! [infographic]

Oregon’s Laurelwood District AVA is all about the dirt! [infographic]

Officially approved in June 2020, the new Laurelwood District appellation is nested within the North Willamette Valley’s Chehalem Mountains AVA, only a few minutes drive from Portland, Oregon. Located up on the slopes between 200-1500 feet/61-457 meters, it sits at the highest elevation of any of the other designated wine-growing regions within the expansive, well-known Willamette Valley. At 33,600 acres/13597 hectares, it already includes almost 70 commercial vineyards, growing primarily Chardonnay, Pinot gris and Pinot noir.

The most unique aspect of the Laurelwood District is its abundant Laurelwood soil, for which it was named. In fact, the boundaries of the AVA were determined based on where this type of soil is consistently found. A giant, cohesive swath of Laurelwood soil makes up the entire AVA. And while Laurelwood soil can be found sprinkled around other parts of the Willamette Valley, it’s broken up by other soil types.

Laurelwood is a wind-blown silty loam, called loess, that is dark brownish-red in color and has an almost ashy texture. Created after repeated massive Missoula floods, over time it was blown up onto the eastern slopes of the Chehalem Mountains. Follow this link to read more about the Missoula floods. Loess soil is very fertile and drains well– both qualities that grapevines love and thrive in.

Actually, there are two types of Laurelwood soil found in the Willamette Valley. The newer, younger soil can be found in patches throughout the lower elevations in nearby AVAs. Surrounded by various other soil types, this loess soil is not nearly as old as that found in the Laurelwood District.

Between 1 million and 50,000 years old, the older Laurelwood soil is concentrated solely in the new appellation. It sits upon fractured volcanic basalt layers and is mo