Brewed in the Nada district of Kobe, Japan

LOS ANGELES, April 18, 2022 /PRNewswire/ — A revolutionary new sake, “KOBE,” has been born. With premium Ginjo aroma, it can be enjoyed casually as cold sake. Its alcohol content is 11.5%, as light as wine. If you believe sake tastes harsh, KOBE SAKE is surprisingly smooth and crisp. KOBE SAKE can also be enjoyed in a variety of cocktails. This is because the brewer’s skill has resulted in a fine balance of distinctiveness and taste. 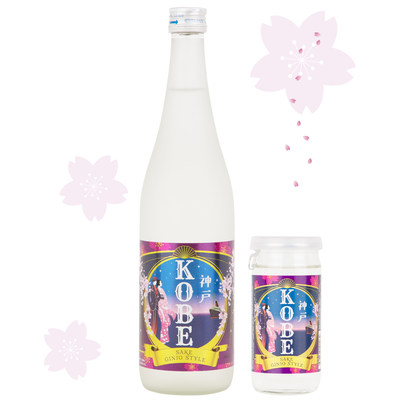 The city of Kobe is known as the oldest sake-producing area (for 700 years), and it produces more than 25% of all the sake produced in the entire country. Sake made in Kobe is believed to be the best because of its excellent local weather, the quality of its rice and water, and the skill of its brewers.

After nearly 300 years of national isolation, Japan opened the Port of Kobe on January 1, 1868, allowing Kobe to develop into an international port city. Kobe attracts many Americans and Europeans, many of whom establish their residences there. Through their influence, Western food, clothes, and entertainment found their way into Japanese culture, making Kobe one of the first cities in Japan to be introduced to foreign culture.

Kobe is also known as the birthplace of Japanese jazz and cinema. Other products developed in Kobe include clothes, bread, confectionery, and beef, which remain signature goods of Kobe to this day.

Today, nearly 50,000 people from more than 100 countries live in Kobe. As sake has become more popular worldwide, one-third of visitors to the sake breweries in Kobe are foreigners. As Kobe cherishes both its traditional and foreign cultures, KOBE SAKE will be another cultural contribution by the city of Kobe, Japan.