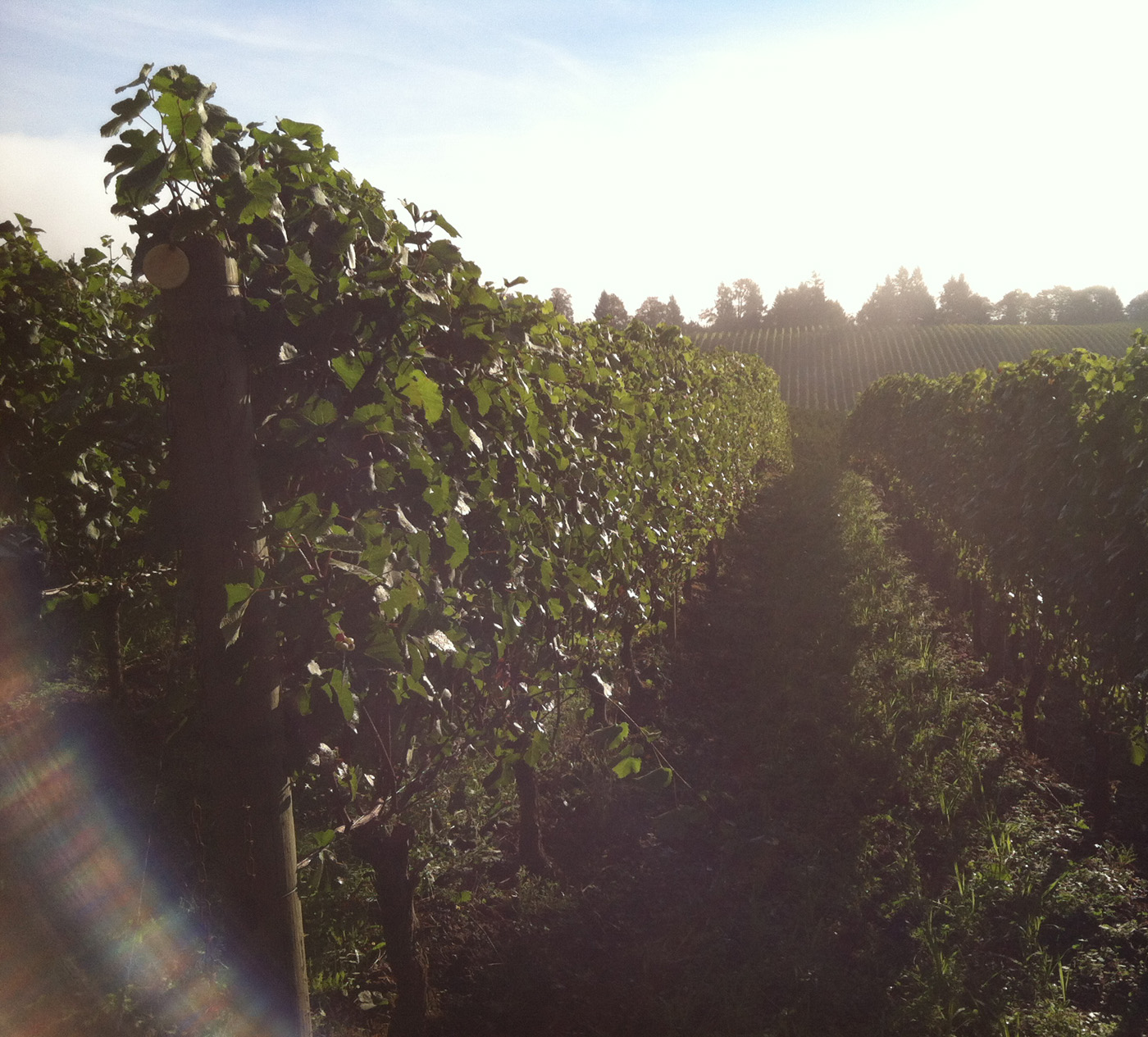 Grape farmers in Oregon’s Willamette Valley never know what to expect from year to year… other than the unexpected. Blustery storms during fruit set can knock off flowers, resulting in low yields at harvest time, like they did in 2011. Birds can swarm the vineyards as the fruit ripens, sometimes decimating entire crops, as was the case in 2010. Summers can be hot, hot, hot, as we experienced during the 2009 growing season. Or remnants of a typhoon can hit without much warning, like what occurred right in the middle of the 2013 harvest, dumping volumes of rain and wreaking havoc in the vineyards.

Or you can have a year so unique it’s like no other in the history of Oregon wine. The 2014 growing season started early and just gained momentum as the summer unfolded. First the vines and then the wine grapes basked in the endless days of warmth and sunshine.

This became the hottest growing season on record, throughout the state, not because of scorching daytime temperatures but rather the warm, balmy evenings that never fully cooled down. And as harvest approached, the fruit was ripe, juicy and flavorful, without any split berries, mildew or bee damage.

Weather often dictates when Willamette Valley growers need to pick. The grapes are regularly harvested between rain events, and not always when the fruit has reached optimal ripeness. But the end of summer brought with it gorgeous, predictable weather, so much so that pick dates were selected based on the flavors sought by winemakers.

With such perfect weather, winemakers all over the valley began thinking they had died and gone to heaven.

Tony Rynders, owner of Tendril Wines and winemaker to numerous other brands including Cornerstone Cellars and Saffron Fields, said, “2014 was the least stressful harvest I have encountered since being in Oregon. Weather was not an issue and the fruit was pristine. It will be a zen vintage.”

It was until they realized that this vintage had turned into a bumper crop. Literally.

Suddenly vineyards and wineries were unexpectedly scrambling to find extra picking bins, tanks and fermenters, anything that could hold grapes. Picking bins are needed to transport the freshly picked fruit from the many vineyards dotted across the valley to the winery facilities. Without them, fruit doesn’t make it from vine to cellar.

Sorting the grapes revealed the next dilemma: too much fruit. Usually the sorting process removes anything with mildew, bee damage or those grapes so overripe that they’ve begun turning into raisins. Bees can suck the juice right out of a grape, leaving a half empty hull of dried pulp and seeds. Very little of that happened this year, resulting in an abundance of immaculate fruit for the fermenters. And it’s against any winemaker’s religion to toss perfectly good fruit.

“This was definitely an epic harvest. The fruit quality was the best we’ve seen in over a decade, and it was bountiful to boot. We have a plague of bounty; if that is the worst we have to complain about, then really we should not be complaining. There will be stunning, rich and textural wines produced this vintage. I am very, very happy with everything that I have fermenting and aging in the cellar this year,” said Anne Hubatch, owner of Helioterra Wines.

After a phenomenal summer that Oregonians will remember for decades, it’s now up to the winemakers to use the bounty they have been given to create wines that truly showcase this exceptional vintage. Oregon wine lovers should expect to see these white wines hitting the market in the Spring 2015 and the red wines just a few months later. Mark your calendar and plan your trips to Willamette Valley’s many wineries so that you too can taste the summer like no other.