Terra Blanca Winery is located in the Red Mountain AVA (American Viticultural Area) of Washington State’s smallest designated wine growing region. Near Benton City, one could assume that the soil is red… hence the name. But that assumption would be wrong– the soils are filled with calcium carbonate, giving the dirt a ghostly white hue. This soil is why Keith Pilgrim, a former geologist, and his wife ReNae were drawn to set down roots and start planting grapevines along the gently sloping hill. 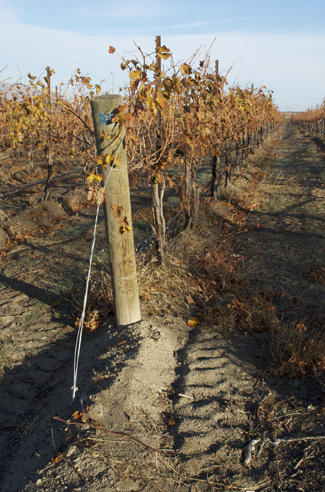 Red Mountain is named for the red-colored cheatgrass that covers the “formation,” really not large enough to be considered a mountain by most definitions of the word. In the springtime, the hillside surrounding the acres of vineyards, erupts into this tall red grass that covers the majority of the 4000 acres of the AVA. A lack of water in this arid desert eventually kills off just about everything that isn’t irrigated, including the red-hued grass.

After traveling far and wide for work, the Pilgrims’ began looking for a place to call home. Much research lead them to choose Red Mountain where they made their initial land purchase in 1992. Vineyard blocks were mapped, holes were dug and young grapevines planted the following year.

Every seven years, the region is hit with a cold snap that can prove to be detrimental to everything but the native plants. Fortunately, this unusually cold weather descended upon Red Mountain just one year after Terra Blanca’s first grapes went into the ground. Mr. Pilgrim believes his grapes survived because they were so young and resilient. Subsequent plantings were dictated in part by when the cold winters were expected.

Regardless of the occasionally challenging winter, the region is considered the banana belt of Eastern Washington. With the calculated cost of maintaining a temperature-controlled storage facility, coupled with a desire to be environmentally conscious, one of the decisions the Pilgrims made was to build underground caves in which to store their barrels of wine. As wine production increased, the winery eventually outgrew the first cave, so constructing a second cave was inevitable. Within these caves, the temperature stays a constant 58˚F, perfect for aging wine.

Along with the warm weather, the calcium carbonate soils impart a terroir not found anywhere else in the state of Washington. Deposited from the near biblical Missoula floods over a 2,000 year period between 15,000-13,000 years ago, when an ice dam near Missoula, Montana burst. Approximately every 55 years, this massive cascade repeatedly flooded much of the Pacific Northwest, bringing with it minerals from afar. 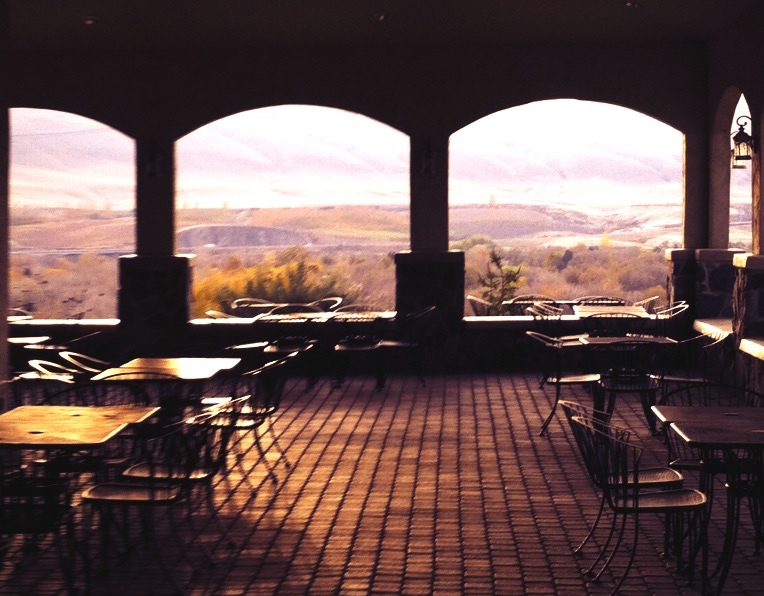 Due to its elevation, Red Mountain was almost entirely enveloped by these floods. Geologists have discovered that the top 50-100’ of the slope was left exposed, with swirling water slowed by the formation, much like a large rock in the middle of a stream. Sedimentary soils, rich with minerals, were deposited over the area, again and again.

Anyone familiar with Red Mountain wines knows that this combination of warmth and calcium carbonate-rich soils produces wines with strong, assertive tannins that possess a distinct chalkiness. Drastic temperature differences between day and night retain acidity and many red wines from the region offer the unique yet subtle flavor of Grand Marnier orange cognac on the finish.

Click here to read more about the Missoula Floods