This is part of a series to introduce you to interesting people in the beer industry. For many, the journey into wine is not only intriguing but often quite an adventure. These talented individuals are what make the beer industry what it is today so follow this series to meet this group of passionate people who have dedicated their lives to beer.

Why Beer? An interview with Ryan Pappe of Pyramid Breweries 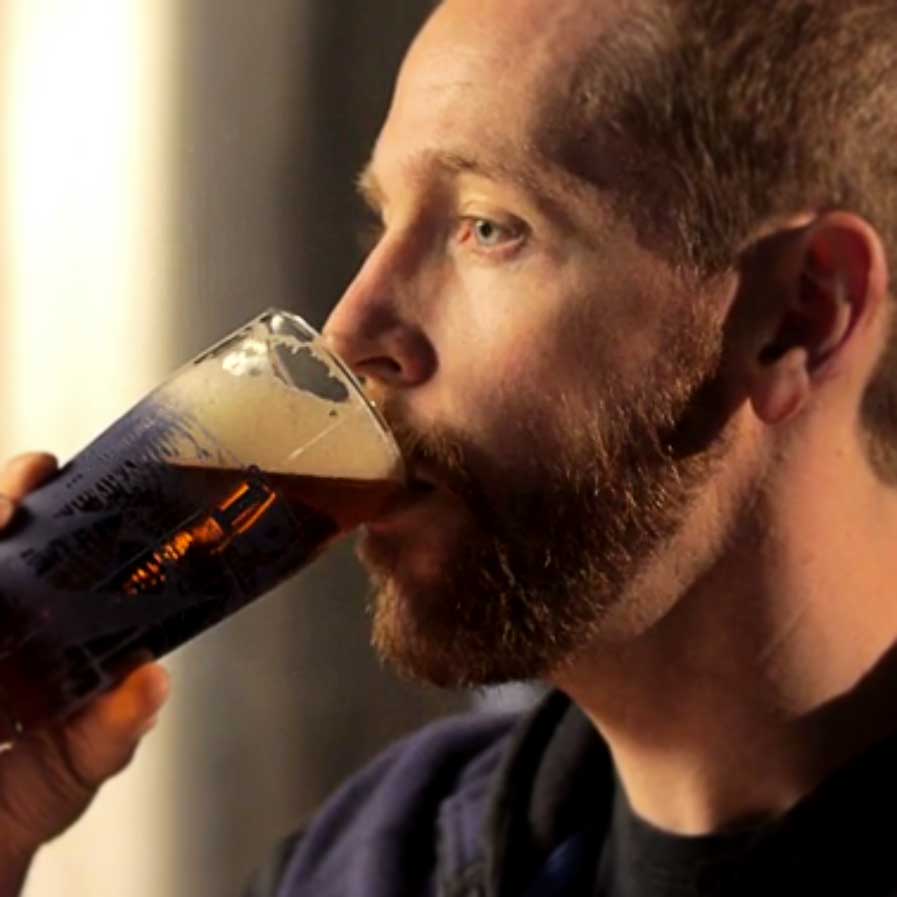 Why Beer? An interview with Ryan Pappe of Pyramid Breweries

Was there a specific beer, moment or place that unlocked your passion?

Ryan Pappe: The easy answer is that I spent two months traveling around Europe after graduating from college, and this exposed me to both a wide spectrum of beers to drink, but also to the beer drinking cultures that developed those styles. After I returned home from those travels and settled in to adult life in Portland, I had time for a hobby for the first time in my life, and started making beer at home. Spurred on by friends and housemates thirsty for the good stuff, and inspired by the wide range of possibilities I had been introduced to in my travels, I spent the next five years brewing regularly. Once I started brewing, there was no going back! I have been with Pyramid Breweries since 2008.

What did you study in school and what were you doing before you started in the beer industry?

RP: In college I studied Theater and Philosophy. I like to say I am happy to have any job at all, much less the great job of making beer! I entered college with a Theater scholarship, and as part of that scholarship, I was required to be involved with each theater production. Unbeknownst to me, that provided the real training for my future career, as I managed jobs as diverse as costuming (ironing and sewing), running a light board, building sets and painting, acting, directing, and stage managing. Years later I realized that had proven I can do anything, as long as I am willing to jump in and learn as I go. I needed that confidence years later when I decided to make the jump from homebrewer to professional.

How has being in the beer industry changed you?

RP: In my life I have tended to get fascinated by something for a while, dig in deep, and then exhaust my curiosity and move on to something else. That is how my homebrewing hobby started. The difference with brewing is that I have never run out of new topics to explore, new processes to learn, new challenges to overcome. It allows me to exercise the creative side of my brain creating recipes and solving problems, while also using the analytical side to refine systems and evaluate results. I have not found anything else that is so satisfying, and that is really the gift brewing has given me – the gift of a satisfying life.

What’s your favorite part of being in the beer industry?

RP: The icing on the cake is the amazing people in this industry. Everyone that gets into beer is as fascinated by the magic we weave as I am. The beer making process is the same everywhere, and yet every brewer has shared something different with me. Brewers love to talk shop, share ideas, collaborate on new recipes, compare notes on different ingredients, share horror stories of when things went all wrong, and it never gets old! The camaraderie makes the long days worthwhile.

Looking back, was there something in your past that led you to beer?

RP: I keep finding little things that reinforce my decision to become a brewer. My grandmother says that her father would help pay his farm laborers with beer he brewed on-site, so I think it is in my blood. With family throughout Washington and Oregon, I grew-up traveling through grain and hop fields on the way to visit family. Ultimately, there just seems to be something in the Northwest air that inspires people to learn how to craft things for themselves. With all the craft breweries and wineries, the cheese makers and bakeries, the art supply stores and yarn shops – there is magic in making something by hand and then sharing it with friends that is the heart of many great Northwest success stories. It is certainly at the heart of my brewing experience.

About the Author: <a href="https