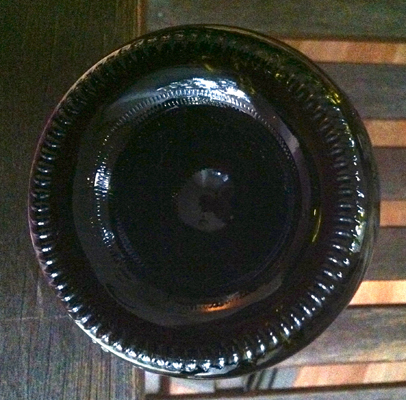 That indent in the bottom of a wine bottle is also called a punt and the short answer is that no one knows exactly why it’s there. It seems to be more about preserving tradition than serving a function in today’s world. And there is much speculation about what purpose the punt in the bottom of the wine bottle had in earlier times.

One suggestion is that when bottles were still hand-blown, the glass blower’s tool would leave a small scar on the bottom of the bottle. If the bottom remained flat, that scar would prevent it from sitting squarely on a tabletop– so out of necessity the punt may have been invented.

Another plausible idea is that with the addition of a punt, by design it increases the strength of the bottles themselves. Wine bottles with punts are also less likely to resonate. This was important when wine was transported from place to place on unpaved roads, ensuring the bottle and its contents survived the journey.

Some also say the punt was devised to preserve the integrity of bottles filled with champagne. Wine with bubbles is under enormous amounts of pressure. In the early days of champagne making, the monks worked with weaker glass and it was a very dangerous job being in the cellar. Bottles regularly exploded, maiming and killing those nearby. Monks began wearing metal armor and chainmaille to prevent their demise by wine bottle, under they discovered that a bottle with a punt was less likely to shatter.

Another theory is that deceptive merchants could fool their customers into believing there was more liquid than what the bottle could actually hold if their patrons were unaware of the punt in the bottom. This seems a good explanation before there were laws put in place to protect the customer. Now most wineries use standard bottles that hold 750ml so no matter if the bottle looks larger or smaller, the purchaser is guaranteed that much wine.

Regardless of how and why the punt was invented, it does have some redeeming qualities for today’s wine lover. When cleaning a bottle, the hot water is thoroughly dispersed by the punt to aid in a more complete sanitation. Glass can be slippery so having the punt in the bottom of the bottle gives the person pouring wine something to grip. The punt also diverts any sediment down into the ring along the base of the bottle. This design helps the wine drinker avoid those unsavory chunks in the wine glass.

So, although enveloped in a mysterious past, the wine bottle punt can be placed into the category of “if it’s not broken, why fix it?”